Thank you for contacting us!

We’ll be connecting with you shortly.

How does the speed violation detection system work? 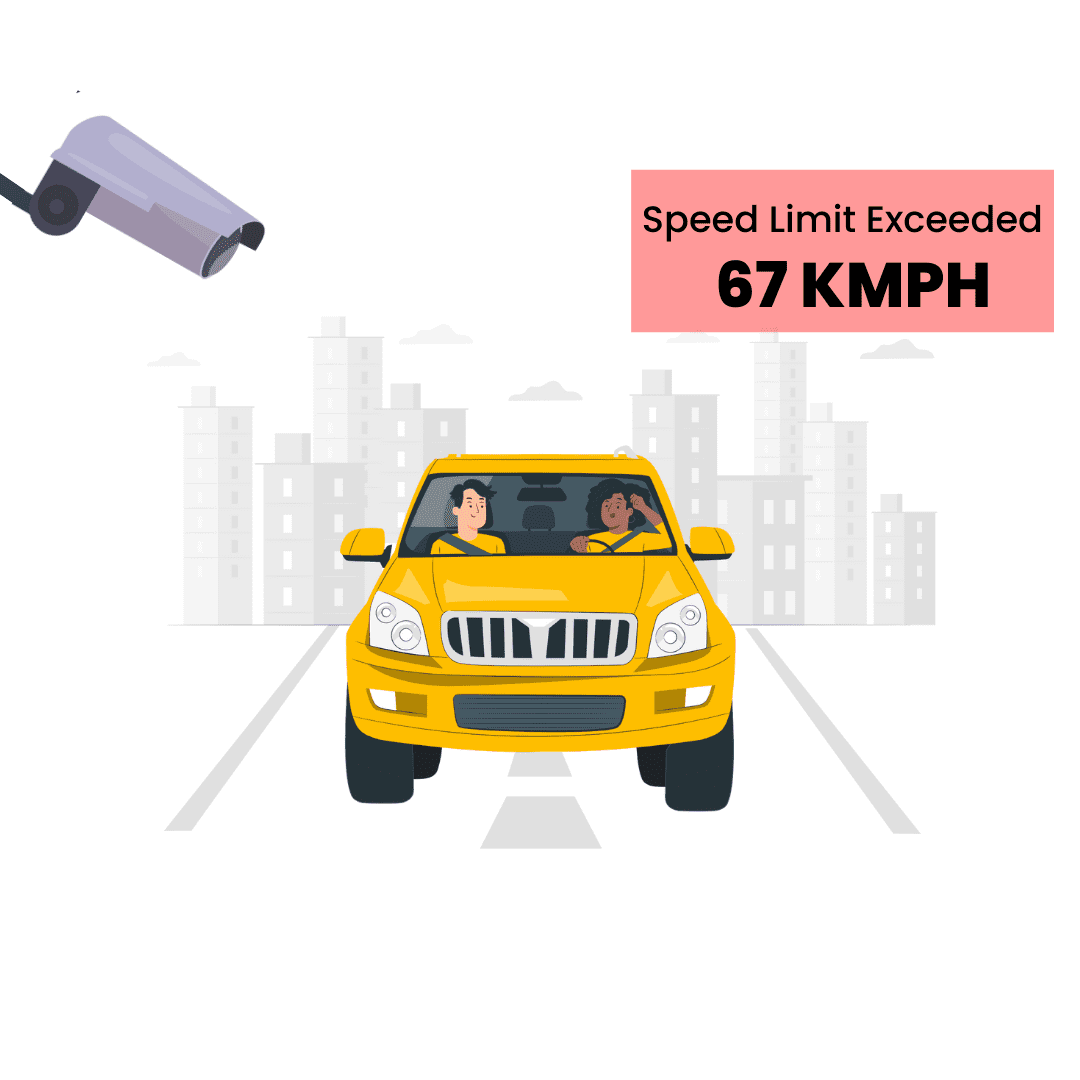 It is a natural tendency of humans to excel... If given a chance man is sure to achieve greater speeds than usual. But, excessive speeding reduces the amount of response time of the driver to avoid crashing. The vehicle at increased speed possesses a very large driving power and this causes a lot of damage. The NCRB data showed that more than 60% of road accidents occurred due to overspeeding, accounting for 75,333 deaths and 2,09,736 injured.

With the advancement of technology, the traffic police and other civic agencies have commenced various engineering, enforcement, and education measures to reduce the accidents happening due to overspeeding. Automatic speed enforcement devices such as enforcement cameras and speed detectors have been deployed by agencies on all highways and city roads to increase safety and for smoothening the flow of traffic. Now for the ease of understanding let’s see what these devices are and how they work.

This speed detection system is used to detect the speed of a moving vehicle in real-time. This system uses video manipulation along with frame detection to capture and detect the speed of a vehicle. Speed enforcement cameras calculate instant speed by analyzing time. The system helps in minimizing the accidents happening due to overspeeding with accuracy and consistency and helps the authorities to take timely actions.

New and advanced camera systems have made an appearance in the market. Speed Violation Detection is one of them. It is a system that generates E-Challan after identifying vehicles that are not following the allowed speed limits on the roads. The speed detection system is proficient in assessing speed, direction, and range of driving, using cameras with smart HD technology. In the past, speed cameras have struggled to capture clear images of speeding cars at night, however, With the advancement of technology and the entrance of infra-red technology speed cameras can now work even in low-light conditions.

The full form of RADAR is Radio Detection And Ranging. A RADAR speed camera calculates the change in the frequency of radio waves to accurately measure the speed of vehicles. It can track the objects within the range and provides vehicle density, vehicle count, classification, queue length, etc. It emits microwaves out at an angle of approximately 12 degrees for a distance of over 4,000 feet. The microwaves bounce off of all objects within the beam’s path and return to the Radar unit and get detected. 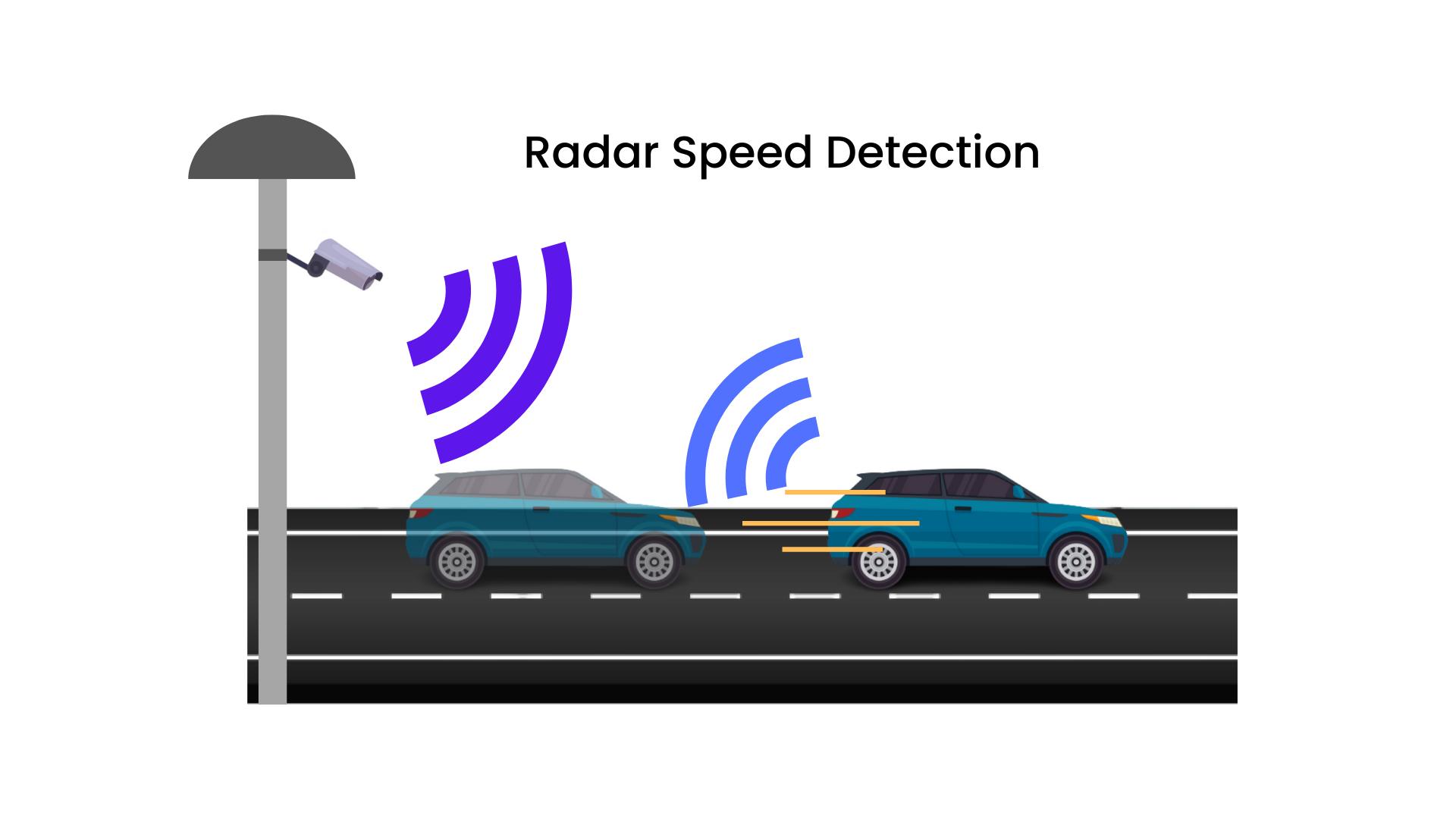 LiDAR (Light Detection And Ranging), uses the returned time of pulsed laser light instead of radio waves. LiDAR systems rely on measurements of range from a point at precise times to calculate the speed of passing vehicles.

The LiDAR devices shoot infrared laser beams at the rate of about 120-238 beams per second for at least 0.3 seconds. The device then tracks the time it takes each of the beams to come back and accordingly measures the time that each beam spent “in-flight” and multiplies the time by the speed of light (983,571,072 feet per second) and divides the product by two to calculate the distance between the gun and the target. 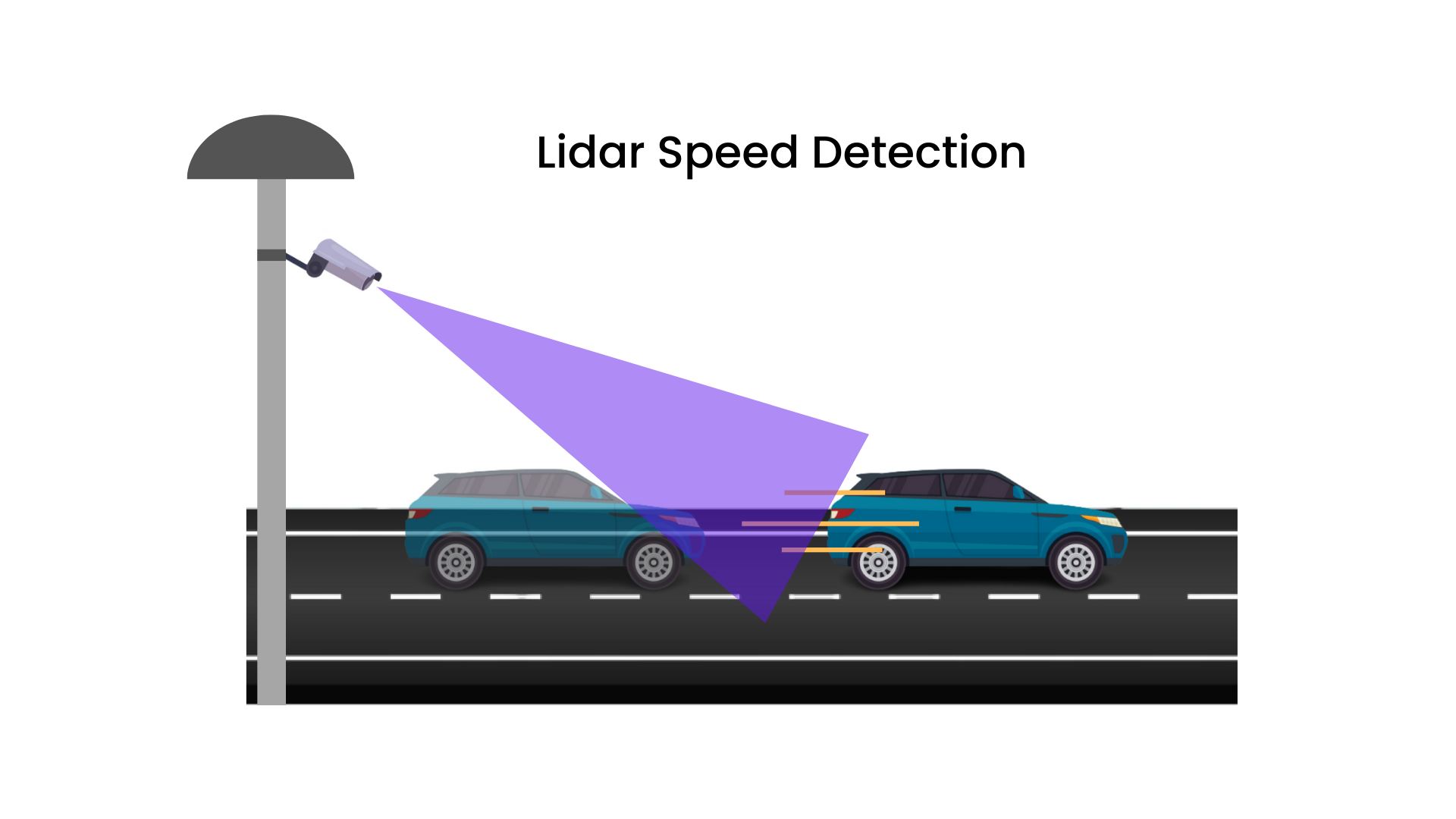 Average cameras don’t measure the speed at a single point in time but it measures the time taken by a vehicle to travel from one point to another. It imposes the speed over an entire area and not just at a single point. Hence, it’s effective from both ends.

With the revolution in the traffic camera, the discrepancy happening has reduced to an extreme level. 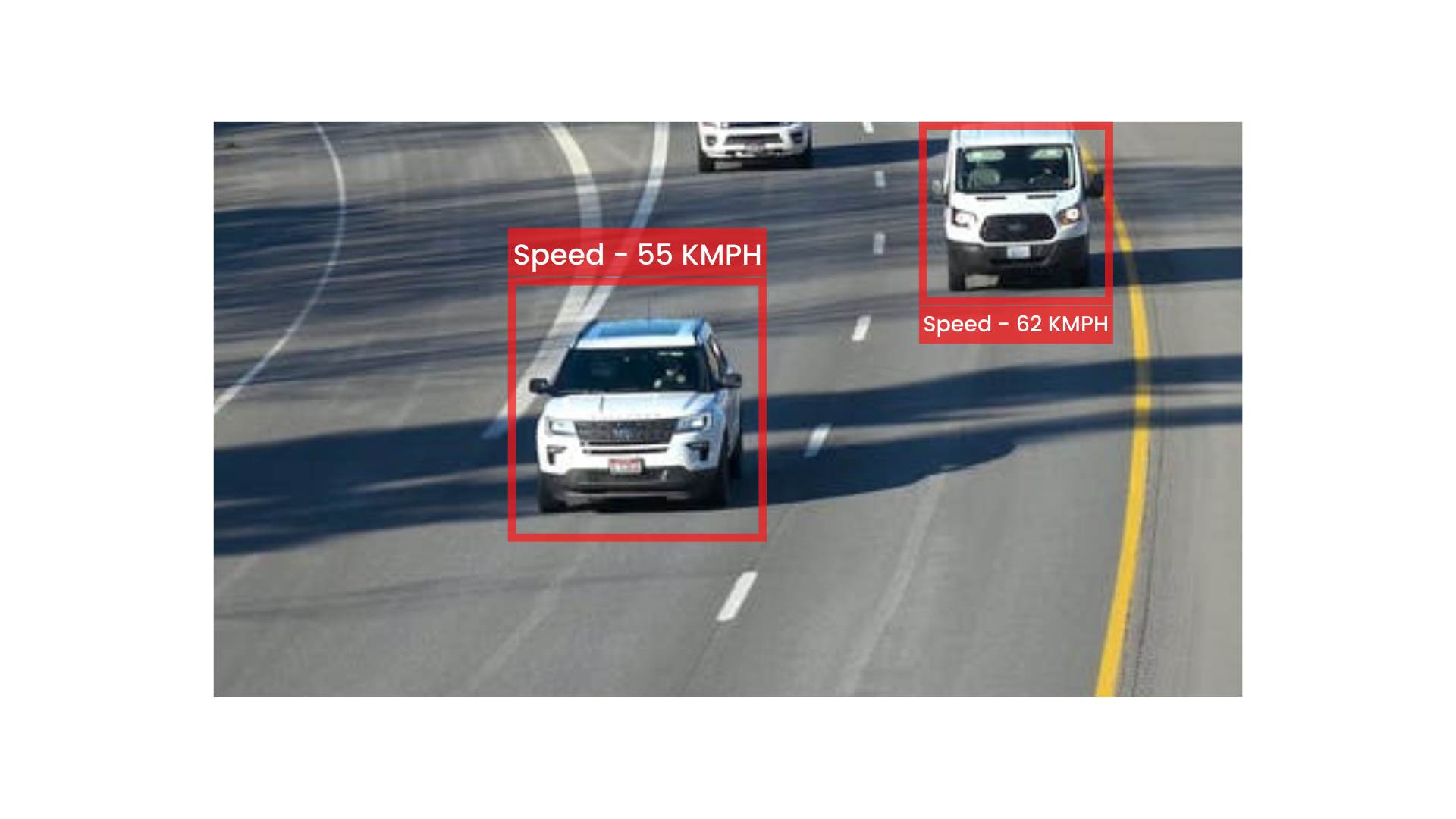 The primary function of a traffic camera is to measure traffic flow and determine traffic light timing. Traffic violation detection systems are tools that help traffic authorities to monitor traffic on the road. It can detect traffic violations, such as running red lights, speeding, and vehicle retrogress in real-time.

The Red Light Violation system automatically captures images of vehicles from the backside with number plates and performs Optical Character Recognition on images to read the licence plates on vehicles. It continuously monitors the traffic signal, and the camera is triggered automatically when any passing vehicle violates the rule. E-Challan is generated in real-time and effective actions are taken within a week.

Automated Number Plate Recognition (ANPR) system ANPR cameras combined with artificial intelligence allow a user to read licence plate numbers. These cameras can be either mobile (mounted to a police cruiser) or fixed (mounted on poles). This makes the work easy for an on-duty police officer.

When a car crosses an ANPR camera, it matches the car’s data with its number plate. Then the camera provides information to law enforcement if the vehicle is wanted for any reason like previous criminal activity (e.g., vehicle theft, carjacking), speeding (e.g., in a school zone), or any traffic violation (e.g., driving under the influence).

ANPR can also be helpful in Toll automation. Reading licence plates and extracting a toll ticket can alleviate accidents and traffic jams.

Let’s Wrap it Up

Speed detection cameras can save the lives of many by reducing the number of accidents on roads. We at Daten & Wissen specialize in providing all such solutions after accurately testing their efficiency. We want to ensure a safe journey for everyone and everywhere. We have a team of experts that provides only the best solution in the stipulated time.

Daten & Wissen is the team of expert AI engineers to help your business to embark on a transformational journey with the adoption of this futuristic technology. 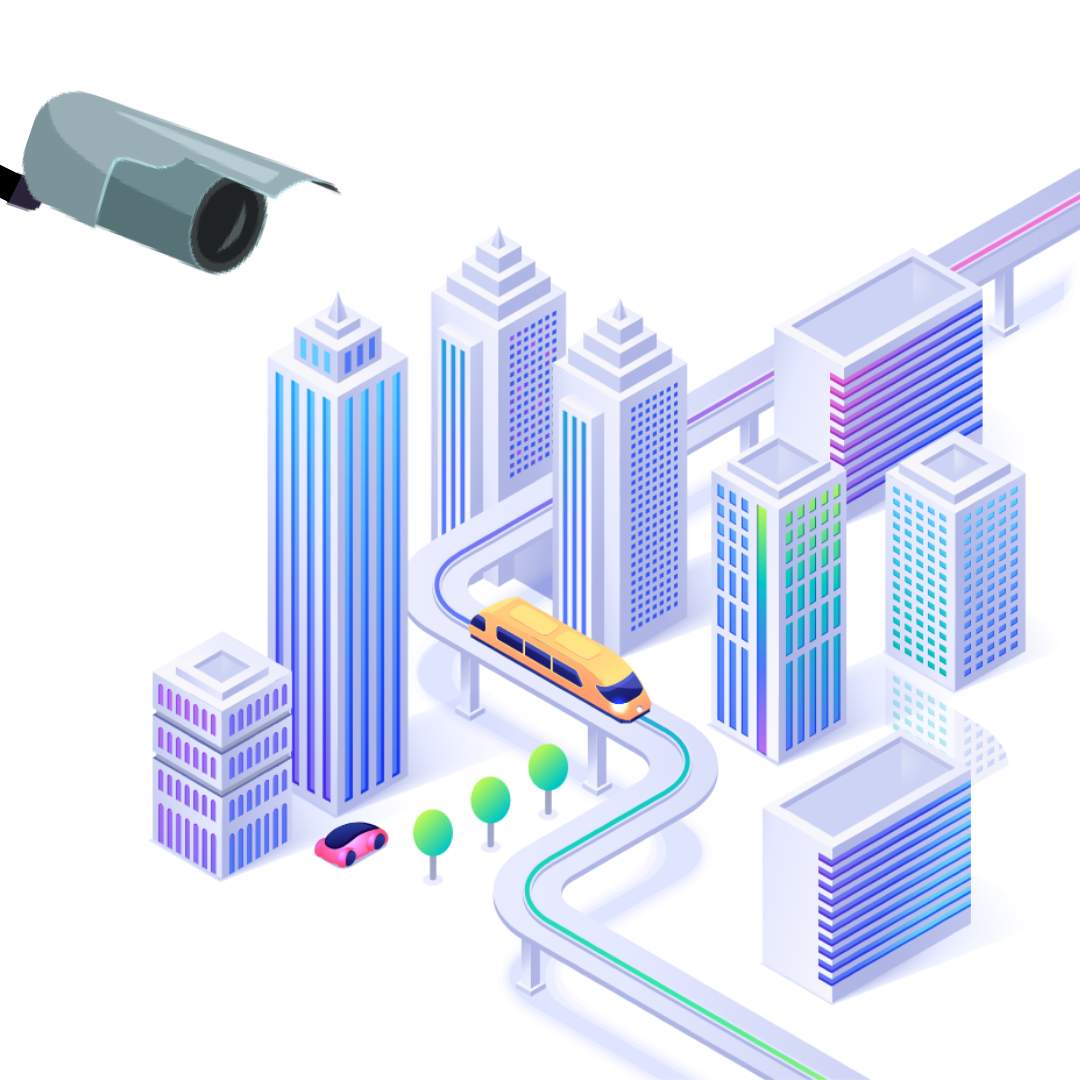 The government of India launched the smarter city mission in 2015. This smart city miss…Read more

How does the speed violation detection system work?

It is a natural tendency of humans to excel... If given a chance man is sure to achieve…Read more 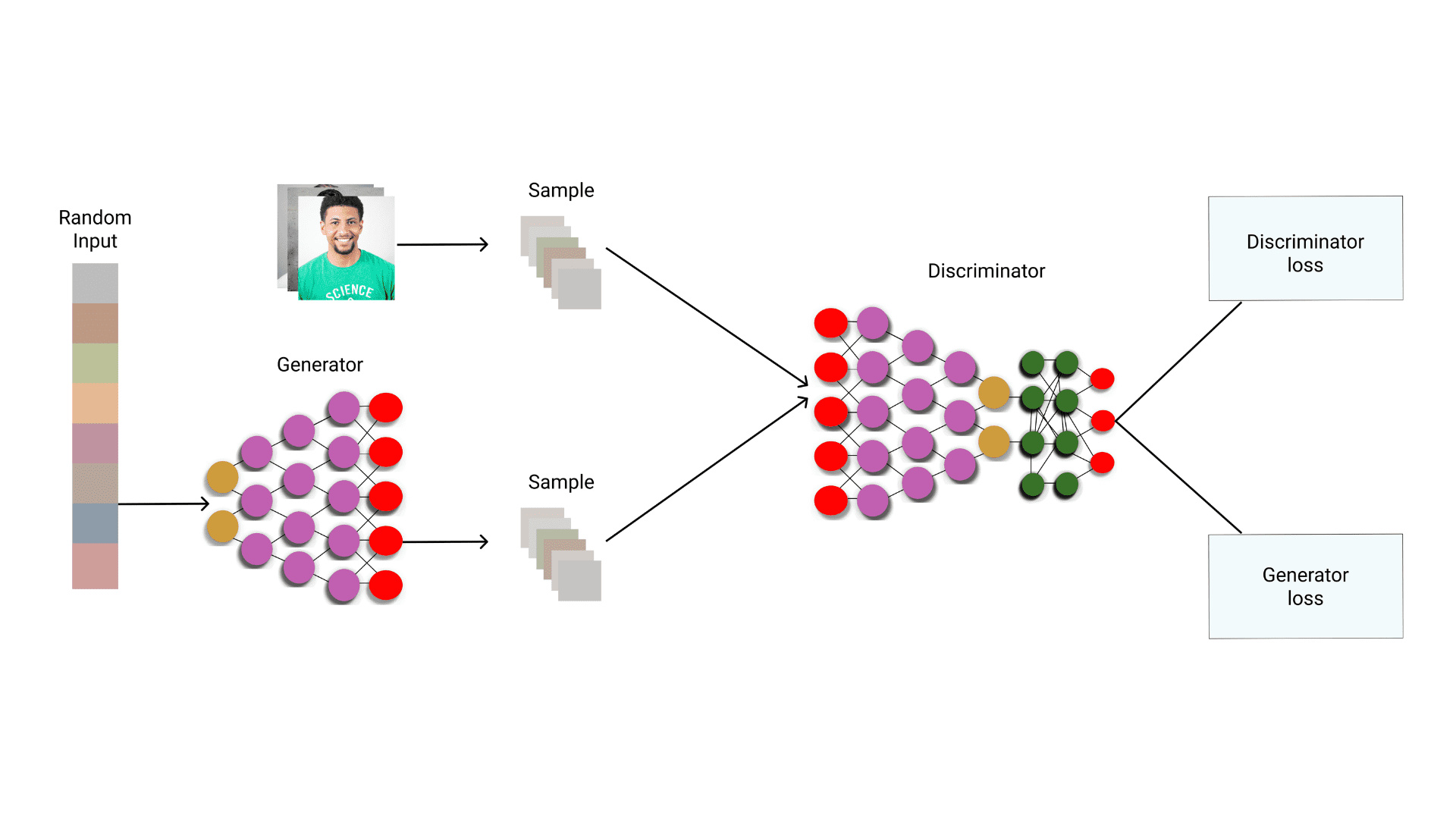 GAN and its Applications: Everything you need to know

This website uses cookies to improve your experience. We'll assume you're ok with this, but you can back-out if you wish.